Years ago, a teaser news story from Huffington Post popped up in Catherine’s email about a mysterious

“star jelly” found in the RSPB Ham Wall nature reserve in Somerset, England. Being paranormal buffs (which, for us, includes sci-fi), naturally, Catherine looked up the article. There are a lot of theories out there, but not much positive proof about what this substance is. Some people postulate that the jelly is slime mold, a form of cyanobacteria, the remains of regurgitated amphibians, or frog spawn. Personally, all of the above are too ordinary. As paranormal fans, we like the more supernatural of the explanations that says the “star jelly” is related to the sighting of a strange meteor like object seen over the reserve last week—an extraterrestrial substance dropped to earth from the meteor shower.

This isn’t the first time “star jelly” has been found. Records dating back to the 14th century mention finding this gelatinous material after meteor showers. It’s been called star jelly, astral jelly, star rot, star shot and astromyxin. Non-paranormal believers say it’s coincidental that people find star jelly after meteor showers. Curiosity about finding a meteor rock leads them to places they wouldn’t normally go, and they find the substance, which has been there all along. In other words, they want to believe it’s this baffling substance from outer space.

Star jelly has been a part of several fiction stories. Sir Walter Scott’s novel The Talisman, H.P. and Lovecraft’s short story The Colour of Space. 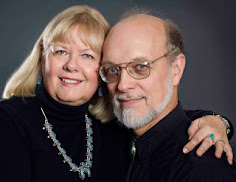 Putting words and stories on paper is second nature to co-authors C.D. Hersh. They’ve written separately since they were teenagers and discovered their unique, collaborative abilities in the mid-90s. As high school sweethearts, and husband and wife, Catherine and Donald believe in true love and happily ever after.

Their paranormal series is titled The Turning Stone Chronicles.

They are looking forward to many years of co-authoring and book sales, and a lifetime of happily-ever-after endings on the page and in real life.

One thought on “Scary Things or Imagination”