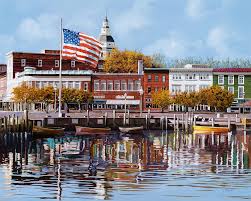 The Chesapeake region is known for blue crabs, sailing, and the U.S. Naval Academy. However, Maryland’s past is cloaked in a dark secret–an intriguing and rarely mentioned history of witches.

In 1635, the state adopted the Witchcraft Act of 1604 that declared witchcraft a felony, punishable by death. Rebecca Fowler suffered the worst fate due to this law. She was accused by a fellow indentured servant of hexing him prior to an injury. She was arrested, tried by a jury, and hung at the gallows. Hannah Edwards faced similar charges, but luckily escaped the noose.

In 1665, Elizabeth Bennett (not that Elizabeth Bennet!) was caught making charms, casting enchantments, and delving into general sorcery. Philip Calvert, the fifth Governor of Maryland and the son of the first Lord Baltimore, charged her with witchcraft, but her neck was spared from the gallows by an acquittal. What’s ironic is that the Calverts were descended from the royal Grey bloodline (Queen Jane Grey’s family) who were known for delving into magic and alchemy. Also, another famous Maryland family, the Arundells (Anne Arundell married into the Calverts) were related to the Irish Wizard Earl, Gerald Fitzgerald, a famous magician and alchemist.

Around 1697, the Chesapeake witch, Moll Dyer of Leonardtown, was driven from her home when locals set it on fire. She raced into the winter’s night and died from exposure with her hand frozen to a  boulder. According to witchlore, her handprint remains frozen in time and can be seen on the boulder as a reminder of darker days. The land where she lived is known to be cursed and reports of a woman’s ghost haunting the area abound.

In 1712, Virtue Violl starred in the very last state trial for practicing her craft. William Bladen, Maryland’s first Attorney General, oversaw the trial where she was charged with harming an elderly neighbor by striking her tongue lame, however, a lack of proof forced the jury to acquit her. Interesting fact–William Bladen is buried at St. Anne’s Episcopal Church in Annapolis on Church Circle. Sounds like a cool setting for a scene in a witch novel…hint, hint.

Ever heard of Witch’s Grave? Not many Annapolitans even know the place or the legend. A gnarled, slanted tree overhanging the bank of Spa Creek marks Witch’s Grave. At the base of the tree lies a crypt where three unnamed witches were buried. Local lore has it that two of them were hung and one was burned. Their tortured ghosts are known to haunt the area and anyone who summons them from their final resting place.

The Chesapeake area’s dark witch history inspires questions. Were these women deeply connected to nature or was there magic in their blood? Does Moll Dyer’s tortured spirit still search for the men who chased her out of her home? And is it possible the Chesapeake witches’ descendants quietly carry on the practice of their ancestors’ craft today, including the casting of spells and the breaking of curses? What I can tell you is this–I’m descended from a seventeenth century Chesapeake witch, Elizabeth Duncan of Virginia, and I love the idea of casting these kinds of powerful females into my enchanting ever-afters.

My upcoming novel, Bewitching Hannah (Fall 2017), is set in present-day Annapolis and will answer some of these unsettling questions. Purchase link: Amazon 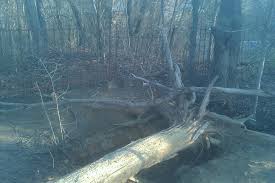 Image of Annapolis from: http://www.tourist-destinations.com/2015/03/annapolis-md.html

Pictures of Witch’s Grave from: http://tobaccoland.blogspot.com/2011/03/witchs-grave-in-truxton-park-annapolis.html

One thought on “Powers of the Witches Rise: The Chesapeake Witches”