The first American witch trials took place in Wethersfield, Connecticut, a historic Puritan town near Hartford, in the sixteen hundreds. During this time, the Puritan population of Wethersfield was suffering from bouts of sickness and mental fits, for which they blamed the devil, whom they believed was surely acting through powerful female vessels.

Neighbors began spying on one another and casting blame on women like Rebecca Greensmith. In 1662, several witnesses spied her dancing, drinking, and making merry in the woods with other accused witches. Then a neighbor who was afflicted with fits of blasphemy accused Rebecca of bewitching her. The Wethersfield witch hunts were followed by trials that were presided over by the Reverend Increase Mather (his son, Cotton, grew up to be just like dad and, a few decades later, had his own hands bloodied with the Salem Witch Trials). Rebecca, who was not afraid to hide what she was, admitted to having conversations with the devil, claiming to form a pact with him, as well as colluding with other witches in the woods. Her shocking confession along with, in the Reverend Mather’s judgment, her lack of fear for God, her familiarity with the devil, and her involvement in unnatural events, was enough for him to condemn her to death by hanging.

The historical event left me to wonder…what if Rebecca’s story did not end there? After all, she admitted to having an alliance with a powerful figure and she had a reputation for hexing neighbors. Who is to say she did not have time to take her vengeance on the Mather bloodline before the noose slipped over her neck?

This question along with the Wethersfield history inspired my debut novel, Disenchanted, where Sophie Goodchild, my curious and impetuous sixteen-year-old half-witch protagonist, is a modern-day descendant of the aforementioned Rebecca Greensmith.

As Sophie struggles with her emerging magic and deals with a group of full-blooded witch frenemies, her impatience and curiosity lead her into trouble. She meets the mysterious Alexavier Mather, a descendant of Increase Mather who had a hand in hanging Sophie’s ancestor at Gallows Hill. When he reveals his name, she immediately hates him, but senses he is hiding a dark secret and there’s nothing Sophie loves more than uncovering a good secret.

Danger finds her as she delves into the mysteries from both their family’s pasts. Then she begins to fall for the forbidden Alexavier who reveals that his bloodline is hexed with a true love curse that could destroy them. But there is hope. If Sophie can learn how to tap into the mysterious power of her diamond bloodcharm and find an ancient book of dark spells, she might be able to disenchant the Mather bloodline and save them both.

However, she must first deal with the deadly threat that is Alexavier’s father, Judge Mather, and he has a nasty secret of his own that will drive Sophie to make an impossible choice, one from which she may never return.

“Till so for ways of witchery,

And arts of darkness famed

In all the land, that he at last,

‘The Wizard Earl’ was named.”

In Bewitching Hannah, Hannah Fitzgerald is a sixteen-year-old royal descendant who wants nothing to do with her magical heritage. Her frenemies, the Queen Js are nicknamed after their ancestor, Queen Jane Grey. Hannah’s scarred love interest, William Calvert, is a descendant from the royal Grey bloodline. Anyone familiar with Maryland’s history will recognize the surname Calvert along with Arundel, after all numerous parks, historic sights, and streets bear the names, especially in Annapolis, which is where the story is set. These families are all intertwined in a real legacy of royalty, witchcraft, and alchemy, which I incorporated into the story.

1400s: Henry de Grey, 4th Baron Grey of Codnor and a distant blood relation to Queen Jane Grey is said to have been extremely interested in alchemy, going so far as to garner the King’s permission to transmute mercury into silver or gold. In 1478, concerned with the ruling power Gerald FitzGerald, 8th Earl of Kildare held in Ireland, the King dismissed the earl as Lord Deputy and appointed Henry de Grey in his place.

Elizabeth Woodville, a well-known witch whose first husband was John Grey of Groby, produced a son from that marriage–Thomas Grey, the 1st Marquess of Dorset and two daughters, one of whom was Lady Eleanor Grey who married Sir John Arundel. They are the ancestors to Maryland’s Arundel and Calvert families.

In 1530, Henry de Grey’s descendant, Lady Elizabeth Grey, the granddaughter of the witch Elizabeth Woodville, married the 9th Earl of Kildare, who was rumored to be a warlock. They produced a son, Gerald FitzGerald, the 11th Earl of Kildare, who was commonly known as the Wizard Earl for his fascination with alchemy, metallurgy, and ancient magic. He was known to have magical powers, which allowed him to transform himself into a blackbird. The FitzGerald bloodline claims the magic from Áine, the Irish goddess of summer. She is associated with the Fitzgeralds through marriage to the 3rd Earl of Kildare[1].

As a fiction writer, I enjoy weaving factual history into my fantasies. Attached is the family tree that shows the fictional relationships of the book’s main characters to the real historic figures that inspired Bewitching Hannah. This tree was not included in the book.

In my upcoming novel, Disenchanted, Sophie Goodchild is my sixteen-year-old half-witch main character, living with her eccentric aunt, struggling with her erratic magic, and bullied by a group of full-blooded witches she humorously refers to as the glitterati because of an illegal glitter charm they use.

She is a natural beauty with long, untamable waves of sable-colored hair, eyes the color of dark blue sapphires, and heart-shaped pillowy lips. More importantly, she is beautiful on the inside, although she hides it well behind her impatience and impetuousness, which only makes the reader love her more.

It is those heart-strong characteristics that lead her into trouble and, since she is ruled by her emotions, she’s all in once she finds trouble.  She is fiercely loyal, determined, and fearless and there is nothing she wouldn’t do or sacrifice for the ones she loves, especially when she learns of the true love curse and the deadly threat that is Judge Mather, a wicked descendent of Increase Mather who had a hand in hanging Sophie’s ancestor at Gallows Hill, Connecticut in the 1600s.  Wait until he finds out his rebel-hearted son has fallen hard for the forbidden half-witch.

I have been asked before which actress would portray her if a movie were ever made and, after searching through some familiar on-screen faces, I think Danielle Campbell, pictured above from the Disney movie, Starstruck, would be a nice choice to play Sophie.

Ever heard of a familiar or a familiar spirit? It is a witch’s mascot, her supernatural spirit companion that takes the form of an animal, but an animal with its own magical powers. This special creature is a guardian, lending support to its witch when needed and, if she is young, guiding her as she comes into her powers. In witch lore, the creature is usually represented by the oh-so-clever black cat, but the familiar takes a form that best represents the individual nature of the witch and, in my next book, the young witch is going to discover hers, once she discovers she’s a witch that is.

This majestic creature with eyes of blue and feathers the color of freshly fallen snow is Rasool, an Arabic name that means messenger, and I can’t wait for everyone to meet him in my next bewitching novel.

In my novel, DISENCHANTED, sixteen-year-old Sophie, a white witch, has to learn a little bit about the exotic plants from her quirky aunt’s enchanted garden. During my research for this part of the novel, I discovered a lot of interesting applications for the everyday and not-so-everyday plants around us. Below are a few that will appear in the book.

Devil’s Bit– A small purple meadow flower and a good source of nectar, which Sophie applies to her lips everyday to help her lie (this only works for Wethersfield witches), because when you’re a witch in a small, Puritanical town, you need a little help blending in with the ordinaries.

Munstead Lavender– Sophie’s pillow is filled with the summery scent to help her sleep through her haunted dreams, but lavender can’t compete with the tenacity of a four-hundred-year-old witch’s spirit.

Calendula/Chickweed– Combined in a teabag, cooled, and applied to Sophie’s eyes, this powerful anti-inflammatory reduces puffiness from her sleepless nights.

Annatto– Wards off evil and eases stomach distress, but this natural pigment from achiote seed pods also tints Sophie’s teeth orange which does little to impress the glitterati who already think she’s weird.

Lemon verbena, valerian, and rose petals– The fragrant combination brings lovers together and, as Sophie inhales the perfumed scent, her bad boy love interest, who happens to be her family’s enemy and devastatingly handsome with a to-die-for British accent, enters the scene. 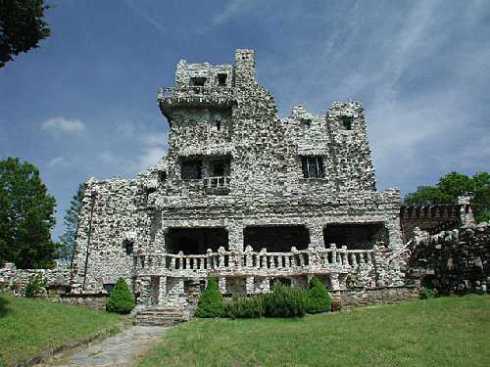 As soon as my eyes roved over this American gem, I immediately knew it was the perfect setting for a coven’s castle in an upcoming novel.

Gillette Castle was designed by the late William Gillette, an American actor, engineer, and railroad enthusiast. It is now owned by the Connecticut state government and is listed in the National Register of Historic Places.

Besides its haunting and distinctive exterior design, the extraordinary amenities within are what make this castle worthy to be a setting in a well-spun tale. The door knobs are unique along with all forty-seven hand-carved wooden door locks, which were designed by Mr. Gillette. He also employed hidden mirrors for surveillance of the main rooms.  Very mischievous of you, Mr. Gillette! 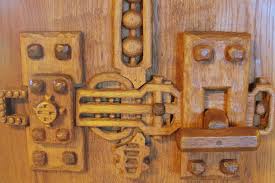 Outside the castle walls, he installed 3.2 miles of railroad to showcase his estate and its fantastic views of the Connecticut River and a few years ago, a steam locomotive was charmingly restored and returned to the property to the delight of visitors.

Gillette Castle is only a thirty minute drive from Wethersfield, one of my favorite historic towns and the setting for my debut novel, Disenchanted.