from Carol Browne Christianna Cassisa, an artist friend, recently posted some of her paintings on Facebook. I love her art because she has a unique style and her work seems to have a life of its own that I can only describe as magical. Some creatives really do have a special gift for breathing life into their artistic concepts. Here are three of my favorites.

As usual, I remarked upon how much I love her paintings and how perfect and brilliant they are. Her response was that I hadn’t seen her failures, and I never would. Nobody would, because they are mediocre and fall short of her vision. She couldn’t make them work on paper.

She said, didn’t I as a writer experience the same phenomenon, where no matter what you do, you can’t make the medium you work with reflect the ideas in your mind? The similarity between our two art forms struck me very forcibly then, yet it had never occurred to me before. One of the major frustrations of creative work is when a great idea takes root in your mind but you can’t do it justice in the physical expression of it.

For some months now I have been struggling with one of those great ideas. It is dark and unsettling and the perfect premise for an intelligent thriller. It’s an idea that won’t leave me. To discard it is unthinkable.

I wrote three different versions of chapter one and binned them. Likewise, characters have been introduced and quickly shown the door. Backgrounds changed colour and setting. Dramatic conflict between faceless characters led to long verbal exchanges that had no mouths to speak them. Only the idea, the central premise, remains, both egregious and ingenious, demanding manifestation. And I can’t make it work on paper. This idea is like a seed that is full of potential but in the hands of an indifferent gardener may never reach for the sun and bear fruit. It is too good an idea not to run with it, and yet it has no legs. I could wish this idea had been given to someone else. Let them sit and stare at the wall, trying to work out a plot! I have been infected with the germ of an idea for a great story, but so far it is peopled by phantoms and written on water. At some point, I might have to tell myself to let it go. If that happens it will mean having to face the possibility that I’m not up to the job. I was given a good idea but it surpassed my abilities as a writer. I’m not prepared to give up just yet because this idea is bold and brave. It is a commentary on our times. It has important topics to explore, essential truths to impart, observations to set down and questions to pose. But without a structure these themes float around like rudderless boats, seeking anchorage in a shared harbour. The harbour they are searching for is the book I have called Now You Don’t. It has a title so it should exist. But it doesn’t. It’s a non-book. Because I can’t make it work on paper. Here’s a little from my book that did work on paper. 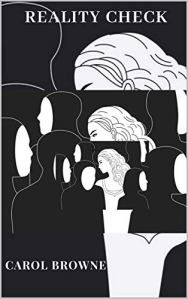 Gillian Roth finds herself in middle age, living alone, working in a dull job, with few friends and little excitement in her life. So far, so ordinary.

But Gillian has one extraordinary problem. Her house is full of other people… people who don’t exist. Or do they? As her surreal home life spirals out of control, Gillian determines to find out the truth and undertakes an investigation into the nature of reality itself. Will this provide an answer to her dilemma, or will the escalating situation push her over the edge before she has worked out what is really going on?

“Everything is energy,” I said, and swallowed down a lump in my throat. A lump composed of both unease and excitement in equal measure.

“Indeed. Just energy vibrating at different frequencies,” he said. “So while you think about that, here’s another interesting phenomenon that has been recorded many times, and it seems to me it has something in common with imaginary friends. Have you heard of the third man syndrome, Gill?” I had to admit this meant nothing to me. “Here’s an example of it,” he went on. “A mountaineer called Frank Smyth attempted to climb Mount Everest but had to turn back before he reached the summit. He reported that although he was completely alone during his descent, the feeling that someone was with him was so powerful he tried to share his Kendal mint cake with this person. “The phenomenon is said to originate with Shackleton in 1916. While he was exploring Antarctica, Shackleton saw the apparition of a person alongside his two companions. There are countless reports of this from people who have survived terrorist attacks or extreme trauma. Some sort of threat to existence or even severe social isolation” — at this point the Professor gave me a knowing look — “can trigger this phenomenon. Some people might try to explain it with terms such as guardian angel or spirit guide, but could it be a hallucination or defence mechanism that switches on to help the brain deal with trauma and stress? It frequently happens that these apparitions offer comfort and support, and yet what of those cases where the third man not only gives advice but even leads people to safety when they find themselves in a life-threatening situation? That goes beyond mere imagination surely?” He raised his eyebrows, as if inviting a response, but his information had overwhelmed me. “I see I’ve given you something to think about. My advice is you go and do some research on this yourself.”

For a moment my mind slipped, stumbled, staggered about looking for something to grab on to. What was going on here? I looked at the Professor and he stared back, innocent as a kitten, waiting for me to speak. If I didn’t speak, would our exchange stop now? I was really talking to myself, for God’s sake. He can’t have done any research. He didn’t exist. I must have done it and either forgotten I had, or pretended to forget so it would all seem like new information. Was I so needy I had to resort to these ludicrous mind games? “You’re not real,” I said. I stood and marched out of the room, my jaw clenched so hard it ached, my hands balled into fists. If there was no gin in the fridge, there’d be hell to pay, but, thank God, there was nearly a full bottle. Two stiff drinks were all I’d need for now, just to take the edge off. 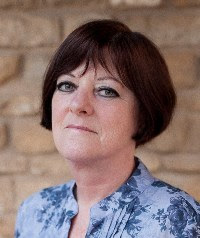 Born in Stafford in the UK, Carol Browne was raised in Crewe, Cheshire, which she thinks of as her home town. Interested in reading and writing at an early age, Carol pursued her passions at Nottingham University and was awarded an honours degree in English Language and Literature. Now living and working in the Cambridgeshire countryside, Carol writes both fiction and non-fiction.
Stay connected with Carol on her website and blog, Facebook, and Twitter.

2 thoughts on “Art: Painters and Writers Have Much in Common”